We were unsuccessful on the tender for the fit-out for Ruah Community Services Head Office fit-out in Hay St Subiaco but circumstances changed for the successful contractor after they had completed the demolition and were were asked to step in. Immediately prior to Christmas 2017 we re-priced the work and determined how we could get the project completed by the end of February, when the Client had to vacate their current office. The project was to be done in two main stages, as the personnel who would occupy the first floor area were already in place on the ground floor. They needed to have the first floor complete as soon as possible so they could move up there, and we needed to ensure they were able to continue work on the ground floor while we worked there as well.  We had wide open spaces to work on the first floor: 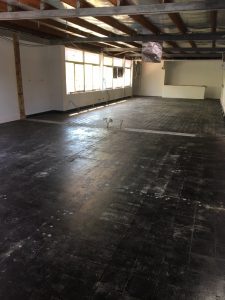 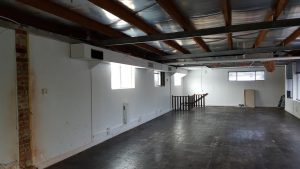 The design retained the exposed roof, insulation and beams with a very modern office, meeting room and workstation layout. There was not a lot of room for air conditioning duct work and the exposed power and data cables needed to be done very neatly, as did the cable tray. 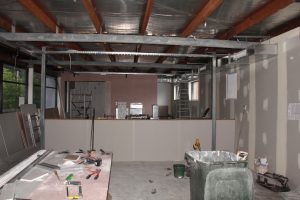 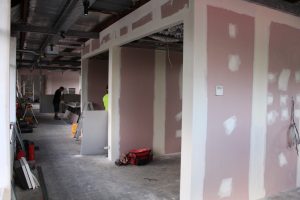 A few weeks work and it was looking like this:

The floor was occupied very shortly after these photos were taken and we steamed ahead with the work on the ground floor, which was carried out in the existing style rather than matching the first floor, as there were not a lot of changes downstairs. We completed the project on the 28th February, on time for Ruah to relocate there. This project was the first one we carried out for Ruah, despite this being one of the later posts here. Ruah Community Services were an excellent client to work with on this project, as they have been on the five other projects we have carried out for them since completing this one.